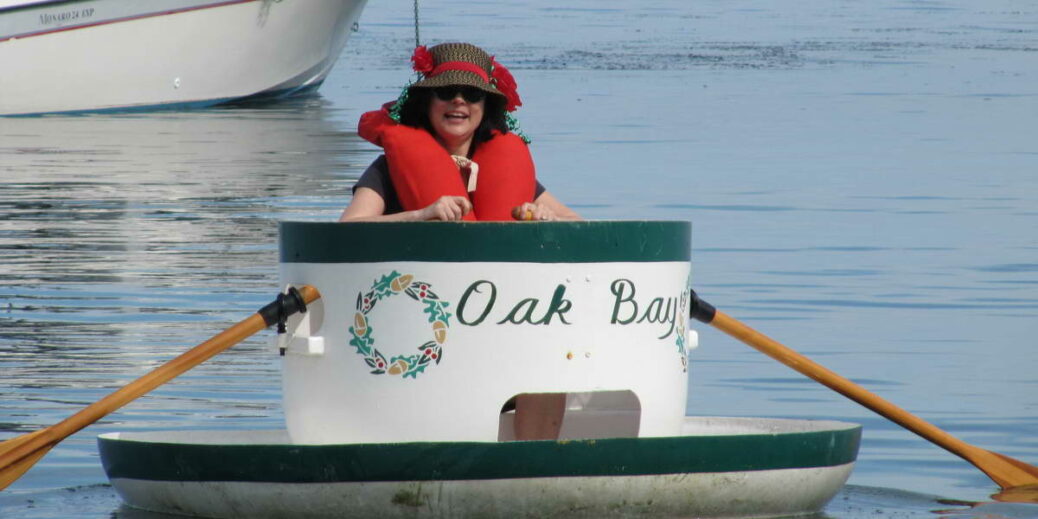 These very large teacups and saucers are made of fiberglass and powered by mis-matched oars. This is a race of skill and daring.  Pull too hard on the oars and you may take a dip in the water!  But have no fear as the Oak Bay Sea Rescue Society rescue boat is close by.

Past challengers have included: